Udaipur City Frequently referred to as the 'Venice of the East', the city of lakes, Udaipur is located around natural water lakes and is surrounded by lush green hills of Aravallis mountains. The famous Taj Lake Palace, situated in the center of Lake Pichola is one of the most beautiful sights of Udaipur.
The beautiful City Palace and Sajjangarh (Monsoon Palace) add to the architectural beauty and the grandeur of the metropolis. The metropolis is too recognized for its profusion of zinc and marble. Solar observatory in Lake Fateh Sagar is the only observation tower in India located on an island and has been built on the pattern of Big Bear Lake in Southern California. The ten-days Shilpgram Festival, which begins from 21 Dec to 30 Dec pulls in a great number of people interested in arts and trades.

Udaipur was founded in 1553 by Maharana Udai Singh II as the new capital of the Mewar Kingdom. It is sited in the fertile, circular Girwa Valley to the southwest of Nagda, which was the foremost capital of Mewar. 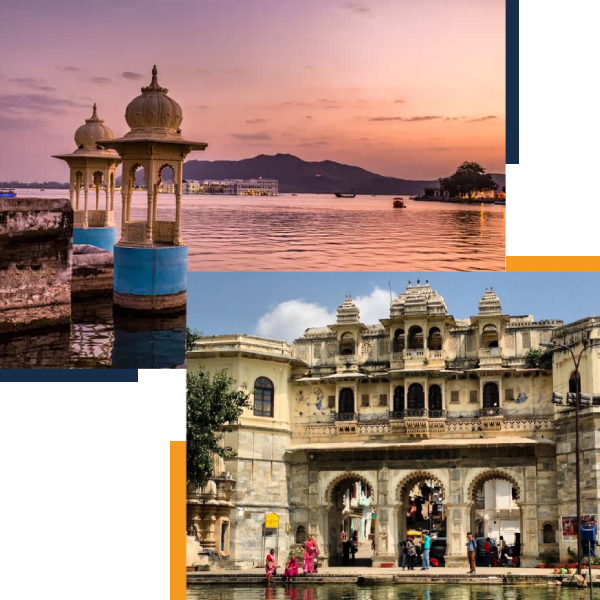 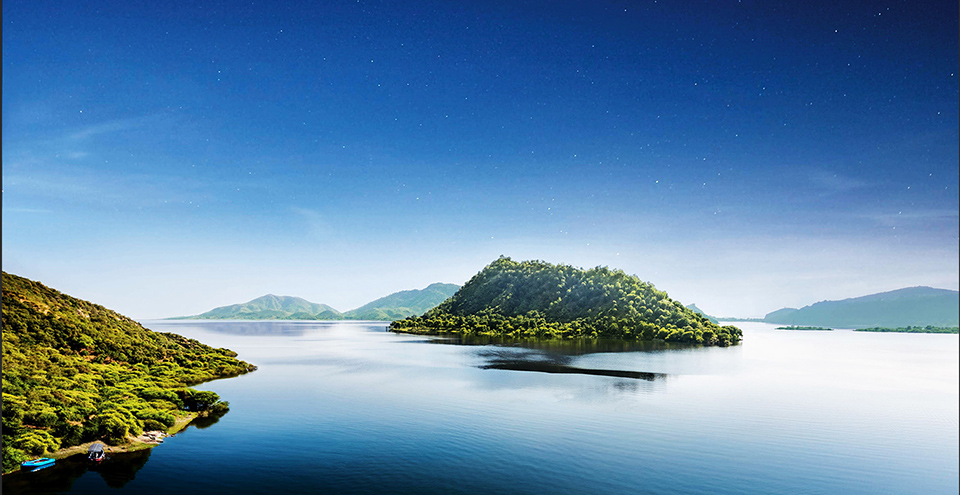 Book our sightseeing taxi to visit all sightseeing places in Udaipur :
Sedan car @ Rs 1600
Innova car @ Rs 2200
this fare is for 8 hours, you can take 12 hours packages.Here you can find udaipur tour details at given link : View Details 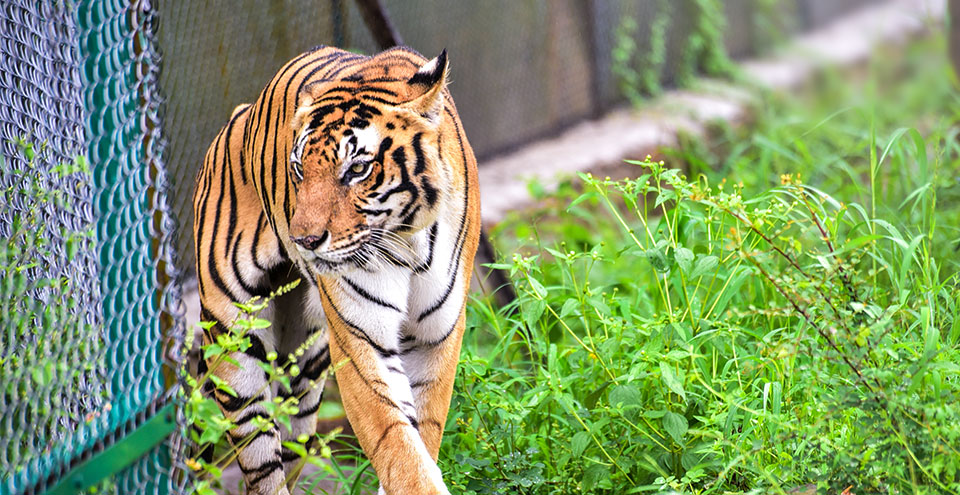 Book our 2 days Udaipur sightseeing taxi package for:
Rs 3200 for sedan car
Rs 4400 for Innova car.
This packages is for local Udaipur sightseeing tour only, and if you want to see list of places to see in Udaipur you check our udaipur two days trips page.
View Details 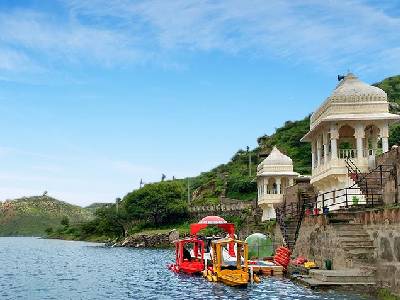 Situated on the foothills of the Aravalli Hills, Lake Badi is one of the prettiest lakes in Udaipur.Its 10-12 km outside from udaipur city. 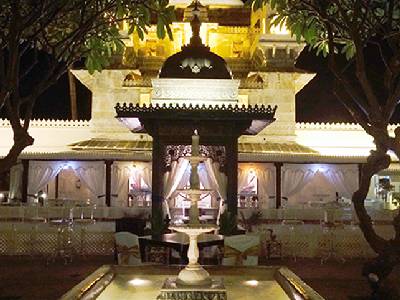 The smaller of the two artificial lakes in Udaipur city, the Lake Fateh Sagar is famous for being surrounded by dense green hills and woodlands. 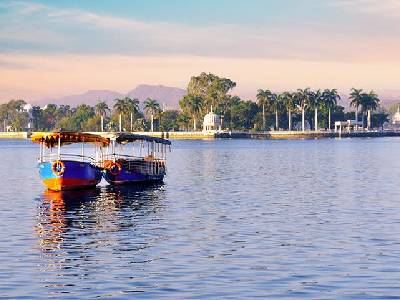 This lake is second best lake to see in the udaipur city after Pichola lake.There you can take boat ride to enjoy. 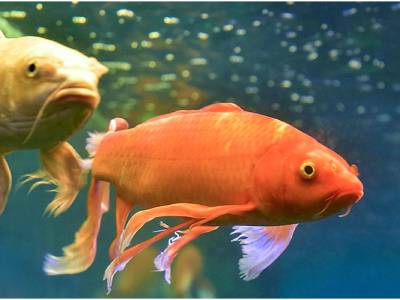 New Under the Sun Fish Aquarium at Fateh Sagar Palis provides you with mesmerizing virtual reality of over 400 varieties of marine life. 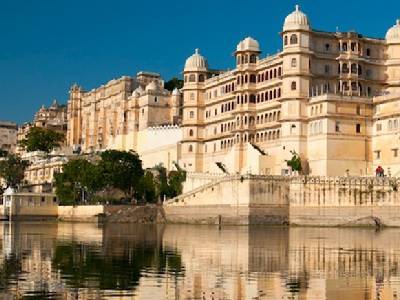 City Palace is main tourist attraction in udaipur situated over Lake Pichola.Inside city palace complex there is 2 hotels and one crystal gallery for tourist. 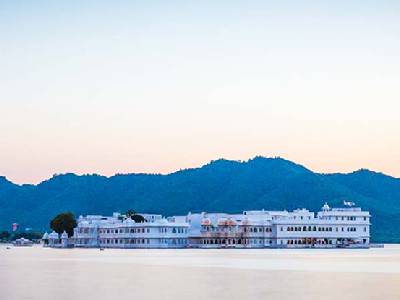 Its a hotel but previously it was Jagniwas and used as a summer palace by maharaja.Currently its owned by taj group of hotels.

Maharana Sajjan Singh,made it for mansoon stay for him.Its highest place to see in udaipur where you can view larger view of udaipur city. 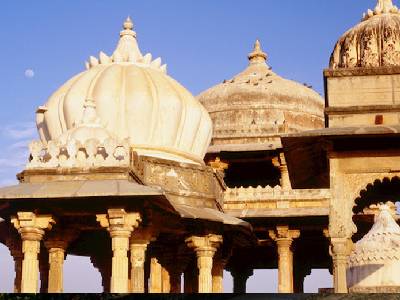 The collection at the Ahar Museum represents over 7000 years of Indian history and culture. 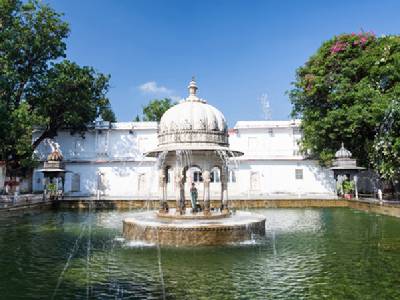 Saheliyon-ki-Bari is an intricately carved garden surrounded by a walled compound,situated in the middle of udaipur. 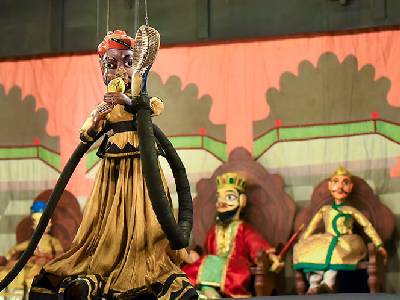 Established in 1983. It is functioning since then to conserve and showcase Folk Art, Culture, Songs and Festivals of Rajasthan, Gujarat and Madhya Pradesh. 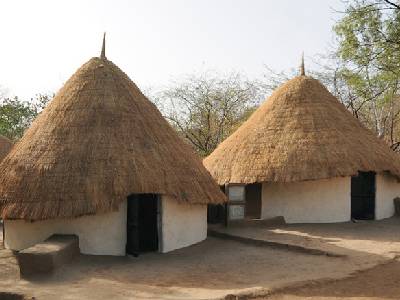 The Shilpgram offers a look into a cultural heritage of rural arts and crafts which is a study in craftsmanship, design aesthetics and traditions. 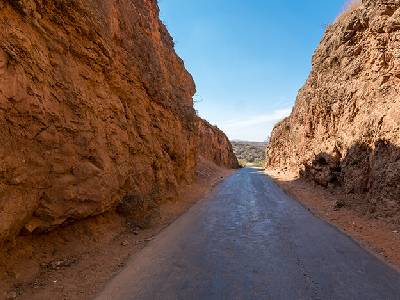 Haldighati is a famous mountain where maharana pratap's & mughals battle fought on 18 June 1576. Its 45 km from Udaipur